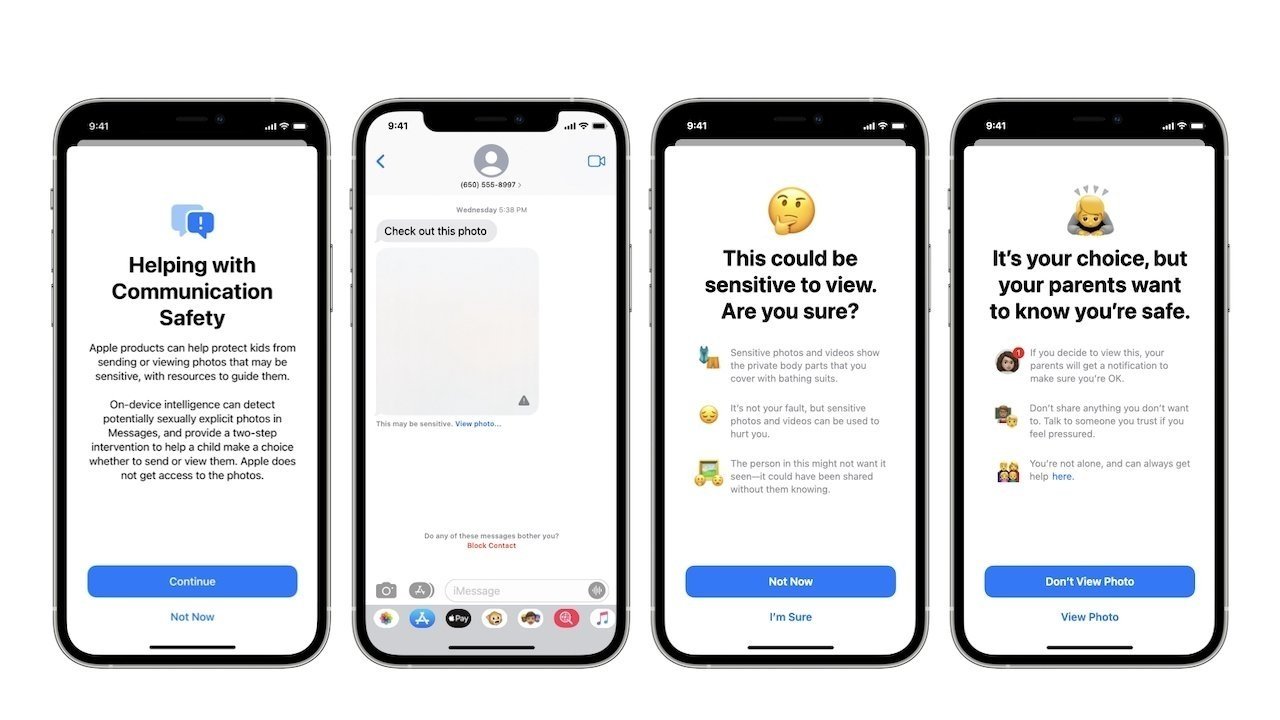 Priti Patel, Home Secretary of the UK, penned an op-ed this week highlighting a need for enhanced child protection online, and in doing so lauded Apple’s now-postponed CSAM monitoring plans.

Patel’s thoughts, published by The Telegraph and Britain’s Home Office on Wednesday, begins with a call to action against sexual abuse of children, which is “incited, organized, and celebrated online.”

The home secretary cited Apple’s CSAM monitoring plans as a novel solution to the problem.

“Recently Apple have taken the first step, announcing that they are seeking new ways to prevent horrific abuse on their service,” Patel writes. “Apple state their child sexual abuse filtering technology has a false positive rate of 1 in a trillion, meaning the privacy of legitimate users is protected whilst those building huge collections of extreme child sexual abuse material are caught out. They need to see though [sic] that project.”

But Patel’s wider push involves law enforcement access to trusted communications, a strategy that stands in stark contrast to Apple’s corporate mantra of user privacy. End-to-end encryption, already in use by Apple’s Messages and a variety of popular communications platforms, is specifically targeted as a specter to be feared.

Patel repeats a common refrain from governments opposed to inherently secure messaging systems, saying the technology obscures vital information that could be used in police investigations and complicates efforts to capture criminals. The government does not want to surveil its citizens, but protect them from “truly evil crimes,” she says.

“The introduction of end-to-end encryption must not open the door to even greater levels of child sexual abuse – but that is the reality if plans such as those put forward by Facebook go ahead unchanged,” Patel writes, referencing Facebook’s plan to enable encryption technology for its Messenger product. “Hyperbolic accusations from some quarters that this is really about governments wanting to snoop and spy on innocent citizens are simply untrue. It is about keeping the most vulnerable among us safe and preventing truly evil crimes.”

While it follows regional laws and regulations pertaining to legal requests for user data, Apple continues to develop software services that make it impossible for third parties to access certain information. Similar technologies have been applied to the company’s hardware on the way to full stack protection.

As for Apple’s CSAM initiative, the on-device CSAM monitoring solution faced stiff opposition from industry experts, privacy advocates and customers who argue the system will lead to mass surveillance. The uproar prompted Apple to postpone launch of the feature as it gathers feedback from interested parties.