A Ukrainian e-commerce site lists alleged details of the whole “iPhone 13” range, including color options and different storage capacities of each model.

Ahead of Apple’s official unveiling of the “iPhone 13” range, an online store has listed not only the names, but all specification details. No models or colors are actually illustrated, as each phone is instead shown draped in a red curtain, ready to be revealed.

According to 91mobiles, the unspecified retail site says that the “iPhone 13 mini” will come in six colors. Black, Blue, Purple, Pink, White, and PRODUCT(RED). The “iPhone 13” will purportedly use the same colors.

Fitting in with previous rumors of larger capacities, the “iPhone 13 Pro Max” is claimed to start at 256GB, and include a 512GB version. 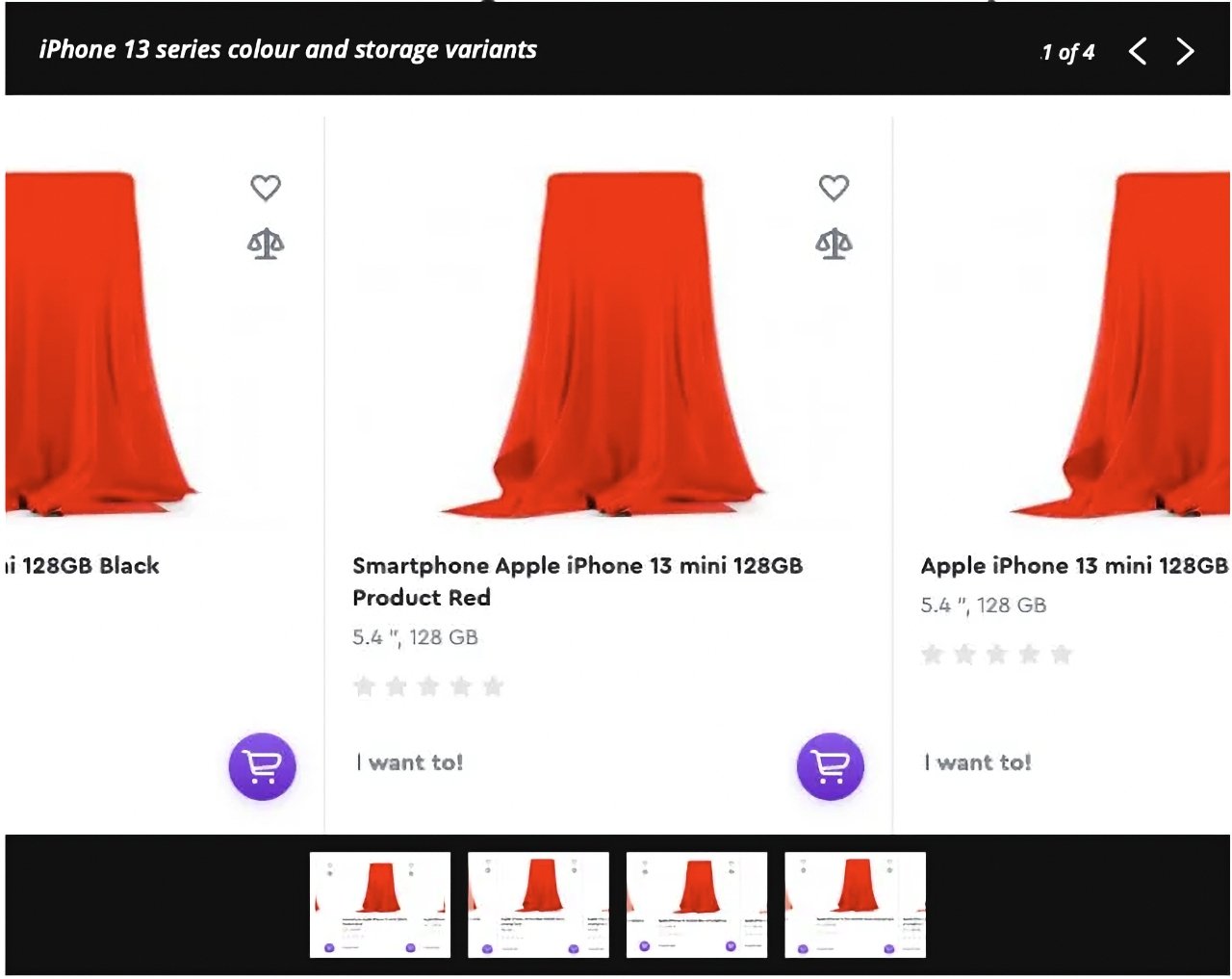 Detail from the site’s listings

The Ukrainian site has been used before as a source for colors and capacities in the past, and its success rate is about 50% over the years. It isn’t clear what the retailer’s data source is, if the listings are beyond simple educated guesses. If the data source is Apple’s retailer support channel, the e-commerce site is violating several nondisclosure rules that it holds with the company.