Avid photographers face dealing with dozens of albums in the Photos app for macOS, which can be an organizational nightmare. Here’s how to get to grips with organizing your photo albums.

Apple’s inclusion of cameras on the iPhone and iPad make it very easy for anyone to take photographs whenever they want. While it has all but eliminated the consumer compact camera market, what continues to exist is a need to manage all of the images that are produced.

With users potentially creating thousands of photographs each year on their mobile devices, which can be synchronized with the Mac’s Photos app, this leads many to create albums, subcategorizing the image collection into a more manageable state.

However, after managing the images into albums, the problem then becomes managing the albums themselves. Over time, users could end up with tons of albums in their library, and the default ways Photos handles them may not be that desirable.

This guide will explain some of the ways you can get started organizing the albums themselves.

The first thing to learn when managing images in Photos is to get them into albums in the first place. In short, you have to create the album and then put the image into it.

How to add images to an album in Photos for macOS 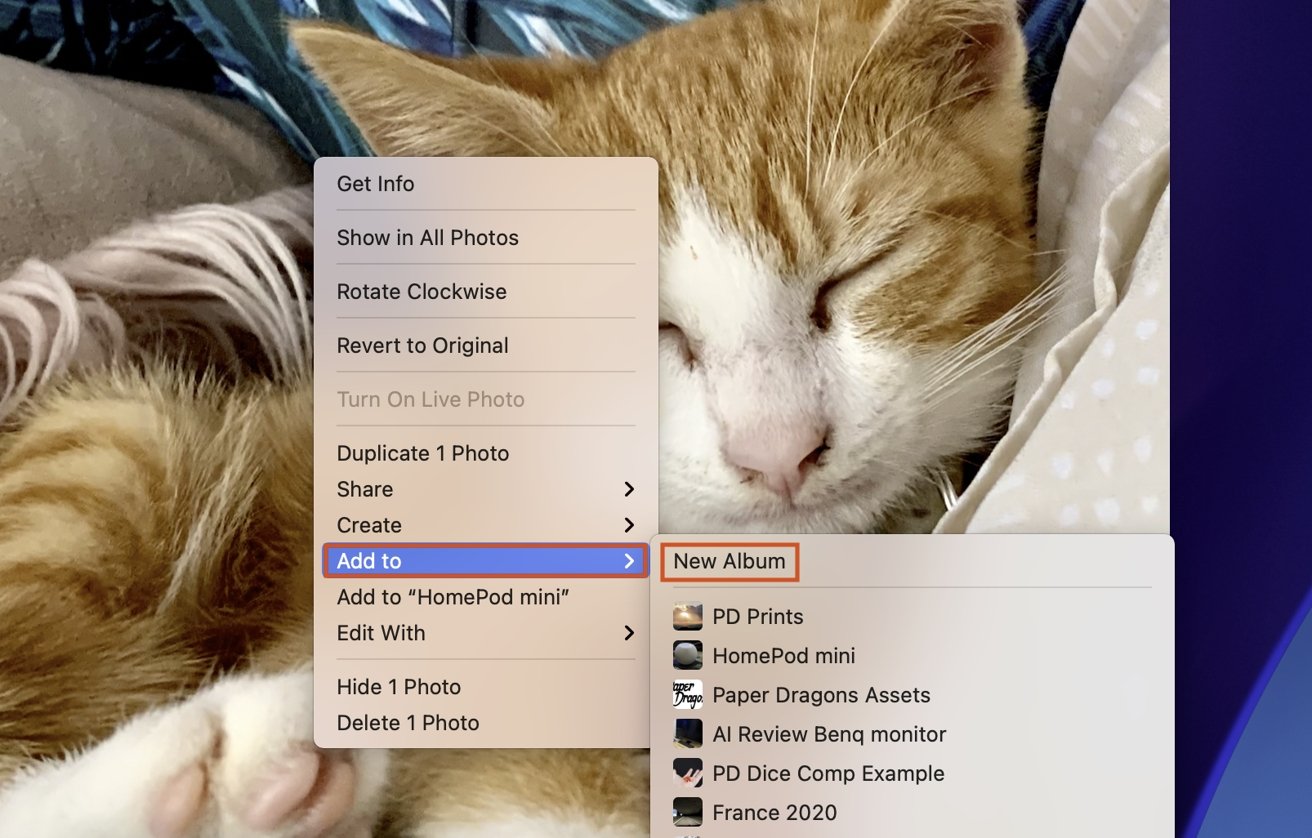 How to remove images from an album in Photos for macOS

If you have a lot of albums, you will have to further manage how they are organized, so you can easily see and access the images you want as quickly as possible.

By default, the My Albums section of Photos lists albums in the order they were created. The latest album appears at the top of the list, while older albums appear lower down. 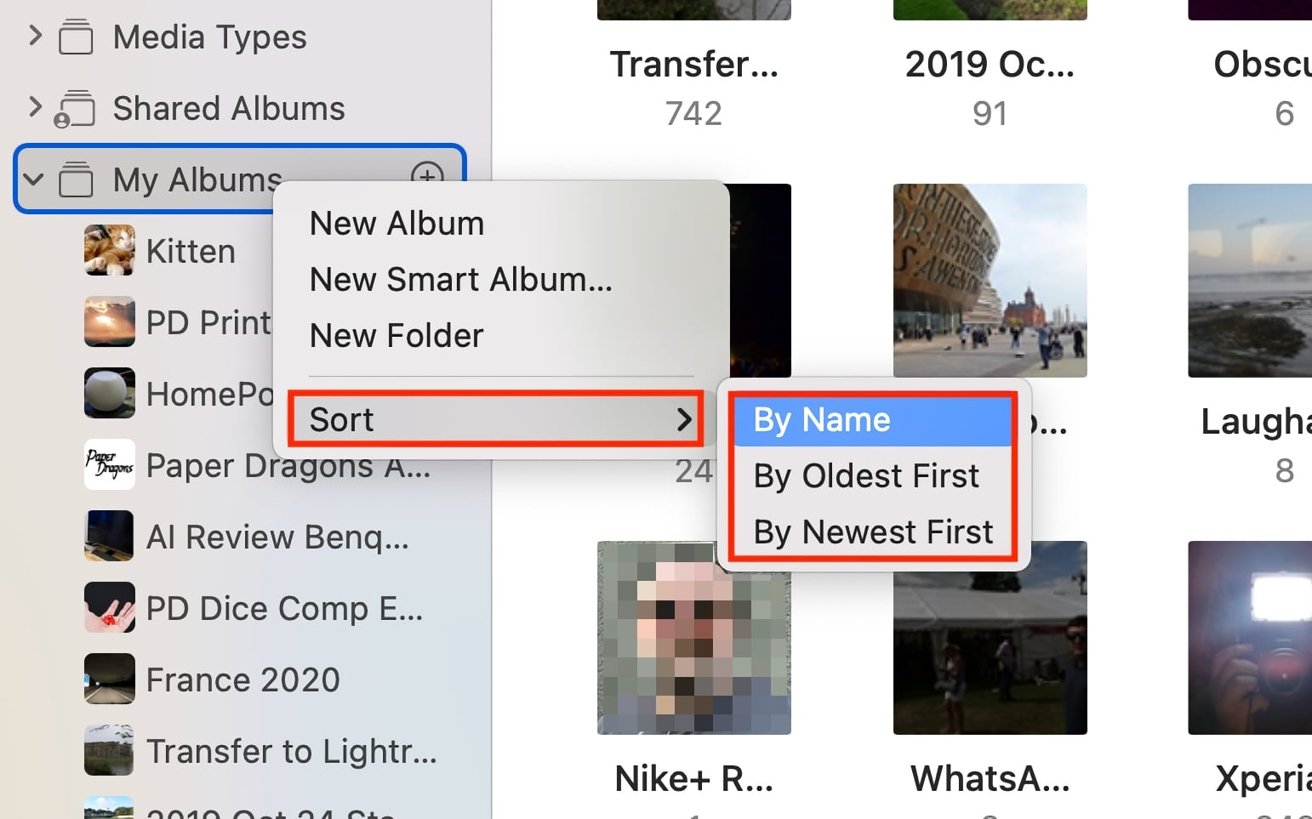 You have three main ways to change how My Albums is ordered.

For example, the creative naming of an album could alter its position on the list within sorts. Alternately, you could prefix album names by a number.

You can also manually reorder the albums and folders within My Albums by dragging them up and down the list.

If you have a considerable number of albums, and they are categorizable, consider creating a folder within My Albums to put the albums within. 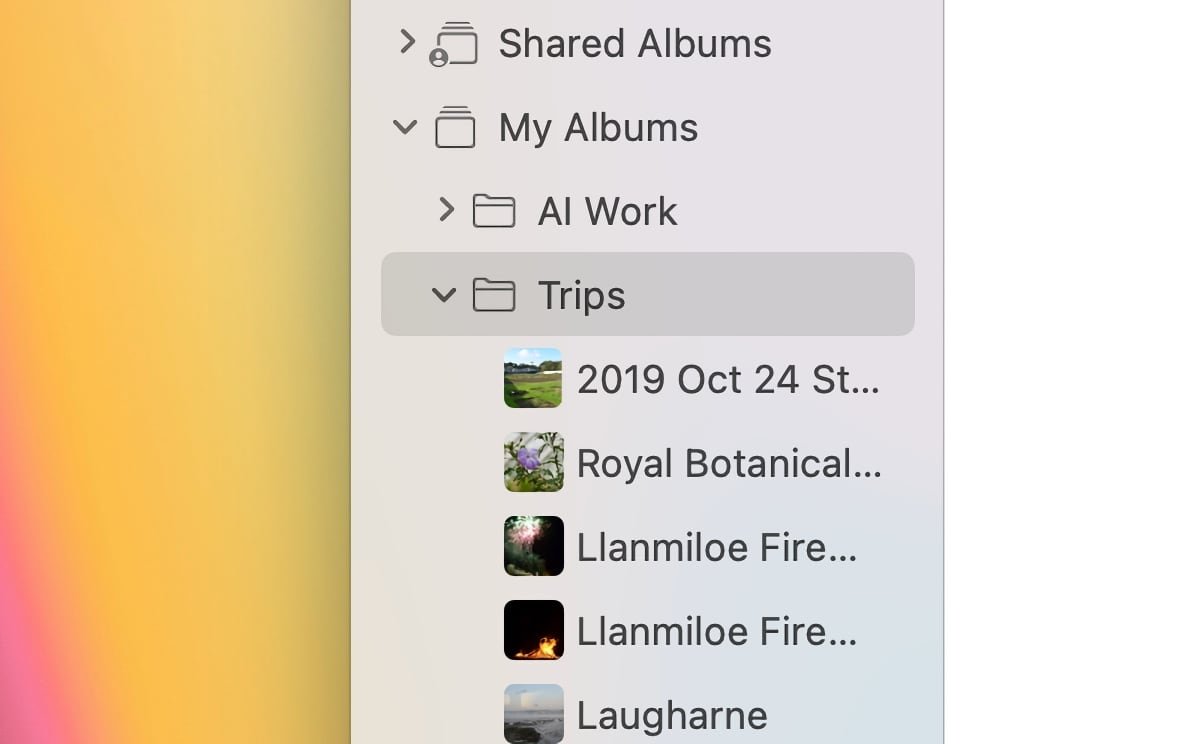 Folders containing albums will appear in the sidebar, and can be collapsed like any other.

Once you have added albums to a folder, you can treat them in the same way as albums in the My Albums folder, including sorting and repositioning the albums on the list.

Do bear in mind that, as with photographs themselves, any changes you make to albums, folders, and album orders in Photos for macOS will affect the iPhone and iPad versions of the app as well.