Apple has gone all in on the eSIM (embedded SIM), a programmable internal version of the SIM (subscriber identity module) card used to ID your phone to cellular networks. With the U.S. models of its iPhone 14 series, Apple has gotten rid of a physical slot for the SIM card. But it also continues to expand eSIM flexibility on other iPhone models and iPads.

For decades, a SIM acted as a secure hardware component that fit into a slot on phones used on most networks worldwide. A SIM provides hardcoded unique ID information for a phone to join a home network or ID itself while roaming. A SIM lets a carrier associate one or more phone numbers and billing information with a given cellular device. (Technically, SIMs were used on one of two kinds of cellular networks, the ones that used the GSM standard. GSM predominated and became the basis for the evolution into 4G and 5G technologies. The competing standard, CDMA, is nearly extinct.)

What is an eSIM, exactly? Which iPhones and iPads work with one–or more? And how do you manage an eSIM? Let’s explore those questions.

What is an eSIM?

SIMs were designed in an era of flip phones and earlier, providing an external piece of prefabricated circuitry impossible to manage in the hardware of the time. A modern iPhone, iPad, or similar Android and other devices only need a SIM to feed the old cellular infrastructure.

An eSIM is still a piece of circuitry, but it’s embedded into a phone or tablet, and it’s reprogrammable. It can essentially load the data necessary to interact with a cellular network just as if it were a removable card with a fixed identity baked in. Carriers have to update their networks to work with eSIMs to handle activation and integration with their billing systems, but an eSIM serves the same function.

Is an eSIM better than a SIM card?

Not having to mess with SIMs is a huge benefit. First off, you can typically activate an eSIM for monthly service or as-you-go plans on your phone without any interaction with a customer service representative and you almost never an in-person visit to a cellular store.

Second, you don’t have to wait to receive the piece of circuit-laden plastic that is a SIM. Third, you no longer have to manage opening the SIM slot–using Apple’s SIM removal tool that you certainly can’t find when you need and turn to a paperclip instead–and handling a toddler-fingernail-sized SIM and putting in another. I’ve dropped a SIM irretrievably into a digital piano keyboard, and others went skittering across airport cafe floors when I’ve arrived with my family in another country and needed to swap in local service.

Does eSIM affect a phone being unlocked or locked?

While an eSIM is programmable and handled entirely digitally, it has no effect on whether a phone or tablet that incorporates the technology is locked or unlocked by the carrier on whose network you’re using your device. Your ability to unlock your iPhone to use on another network relies on the policies of the carrier, whether you’re using a SIM or an eSIM. Follow these links for the details at AT&T, T-Mobile, and Verizon.

There’s concern that carriers could use the eSIM-only iPhone 14 and future models as a way to ensure lock-in to their network. However, that’s already the case with carriers who lock a phone to their network with physical SIMs, so it’s hard to see how an eSIM provides a more stringent limitation.

How do I get cell service outside the U.S.?

You once had to swap a hardware SIM out when traveling to another country. With an eSIM, you can still add a second plan for outside your area. When you return home, you just deactivate the eSIM. However, there are some countries that have not adopted eSIM yet, and an eSIM-only iPhone 14 or later model may not work for you in some countries or for your preferred carriers there. Analysts think Apple is trying to jumpstart eSIM adoption with this move. It might work.

Before you travel, check with your carrier to see if they offer service in the country you are traveling to. Even if your iPhone remains locked for domestic services, many carriers let you use service outside your home country or region if you meet certain conditions (like having paid off your phone if the carrier is financing its purchase or a certain amount of time has passed since you established an account), or they may offer add-ons for your plan that allows for international coverage.

Apple has a list of wireless carriers and worldwide service providers that offer eSIM service.

Which iPhones and iPads support eSIMs?

With the iPhone 13 series, you can use a removable SIM plus an eSIM or two eSIMs for your service. This model marks a transition to where some carriers will choose to activate an eSIM for your primary service or give you the option. In both cases, that allows you to still have an eSIM “slot” free for roaming.

The iPhone 14 series lets you have one or two active eSIMs, while reportedly letting you store up to eight eSIMs that you can swap in and out. Apple hasn’t released this detail, and it’s unclear whether iPhone 14 models outside the U.S. will also allow the same offline eSIM storage.

Frequent travelers across many countries will appreciate being able to store many eSIMs. Those of us who travel less often or less broadly will likely add eSIM service only when we’re on a trip, with the eSIM’s service expiring within a set number of days after activation.

How are eSIMs activated?

Apple notes there are three different kinds of eSIM support varying by carrier:

A combination of carrier instructions and Apple on-screen assistance, often in Settings > Cellular, guides you through this process on an iPhone.

On an iPad, Apple has always had us activate cellular plans through Settings > Cellular Data. That’s the same with an eSIM. Because iPads don’t directly use a phone number, enabling and switching services is simpler. (Nominally, a carrier assigns a number for billing purposes, but you can’t use it for texting or voice calls.) An eSIM can be activated when you sign up for a plan on your iPad, by scanning a QR code, or by using a carrier app, depending on the carrier.

You can see Apple’s regularly updated rundown on which carriers support which eSIM features on this support page.

Where are eSIM settings?

Once you have two SIMs active in any combination, you manage them through Settings > Cellular or Settings > Cellular Data, where they appear as different sections under the main heading. You’ll also see two rows in the status bar, one for each carrier, containing the network name and connection status for each using Apple’s cellular symbols.

When you use apps that support cellular service on an iPhone, you can pick which line to use for text messages and phone calls, as well as control which plan carries your cellular data. Apple provides a detailed guide for configuring two lines and choosing which service to use for each call or other purpose.

This Mac 911 article is in response to a question submitted by Macworld reader Steve.

We’ve compiled a list of the questions we get asked most frequently, along with answers and links to columns: read our super FAQ to see if your question is covered. If not, we’re always looking for new problems to solve! Email yours to mac911@macworld.com, including screen captures as appropriate and whether you want your full name used. Not every question will be answered, we don’t reply to email, and we cannot provide direct troubleshooting advice. 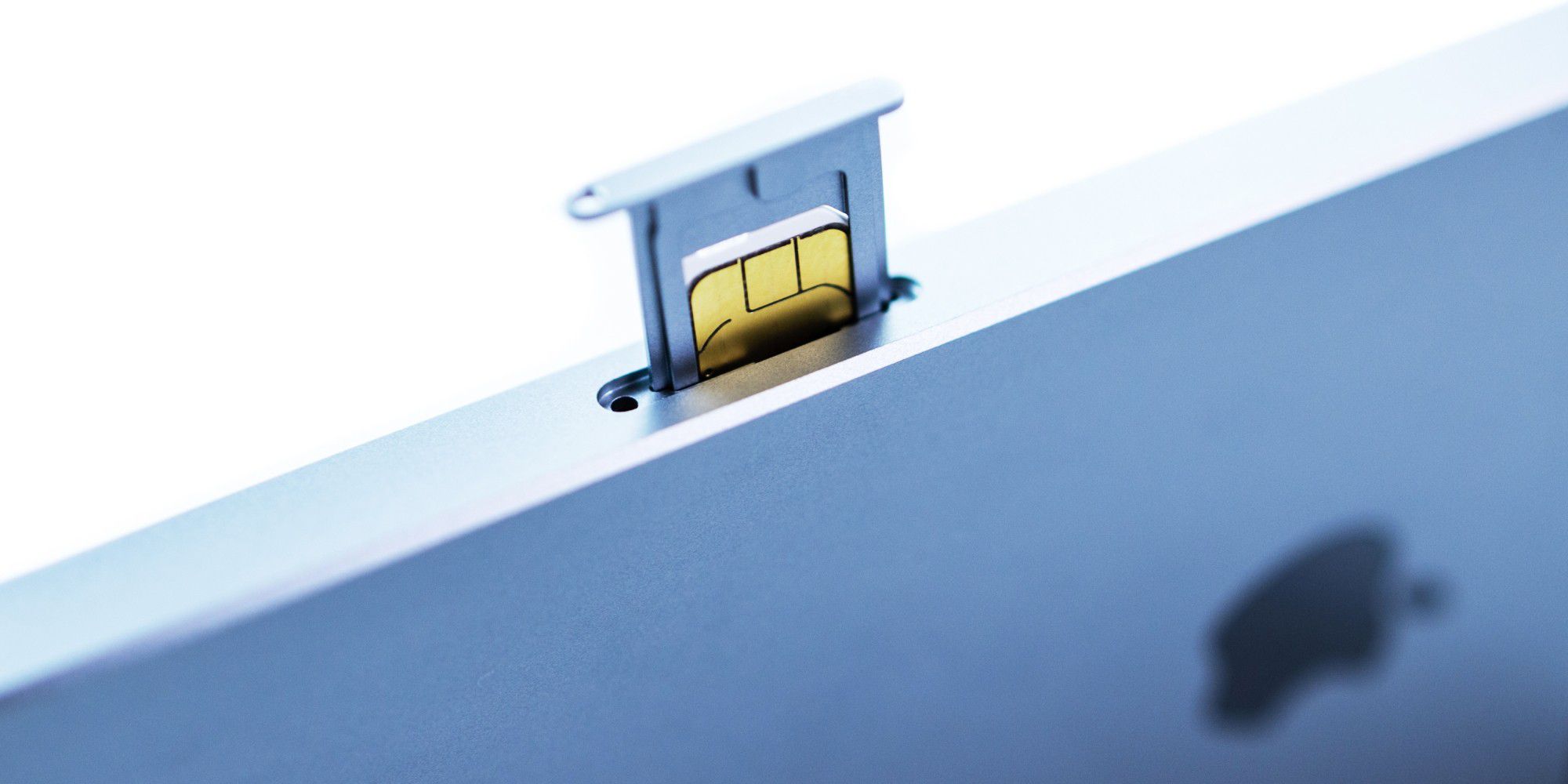