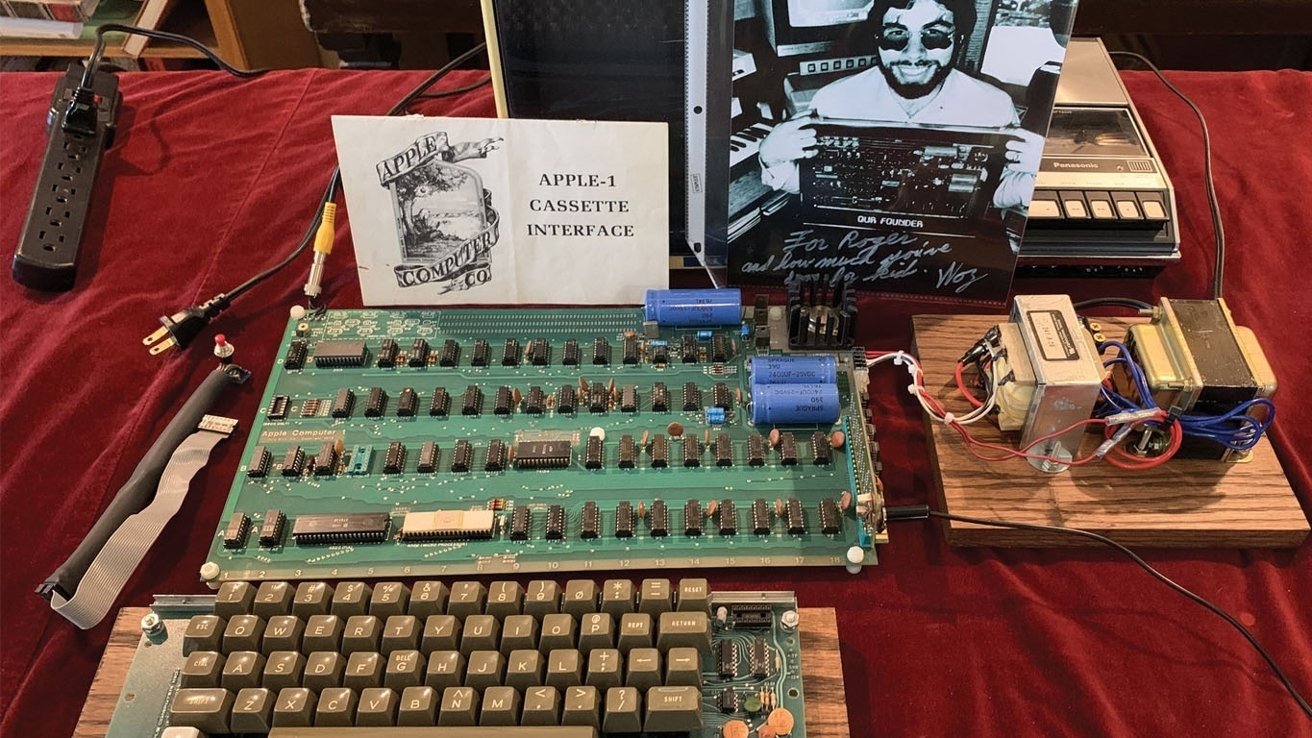 A rare functional Apple-1 went up for auction on Thursday and sold for over $370,000, with a related Apple Lisa listing selling for nearly $76,000.

The Apple-1 example from RR Auction was among the first to be publicly auctioned when it sold to computing pioneer Roger Wagner at the Vintage Computer Festival in California in 2002. Wagner, a personal friend of Apple co-founder Steve Wozniak, wrote the first book on assembly-language programming the Apple II.

The Apple-1 was part of a larger sale of vintage computer hardware from Wagner’s personal collection. An Apple Lisa with rare “Twiggy” drives went for $75,959, while an Apple II with monitor and peripherals sold at $1,818.

The auction touted itself as the first Apple-1 sale to accept Bitcoin and other cryptocurrencies.

Also up for sale was an Apple II manual signed by Steve Jobs and Mike Markkula, Jobs’ leather bomber jacket and other memorabilia.

A total of 200 Apple-1 computers were made, each hand-built by company cofounder Steve Wozniak in Steve Jobs’ garage in Los Altos, Calif. When the product was first released in 1976, it sold for $666.66 without power supply, display, keyboard or housing.

A number of working examples have popped up at auction over the past decade, with one setting a high-water mark of $905,000 in 2014. More recent auctions have drawn bids below $500,000.