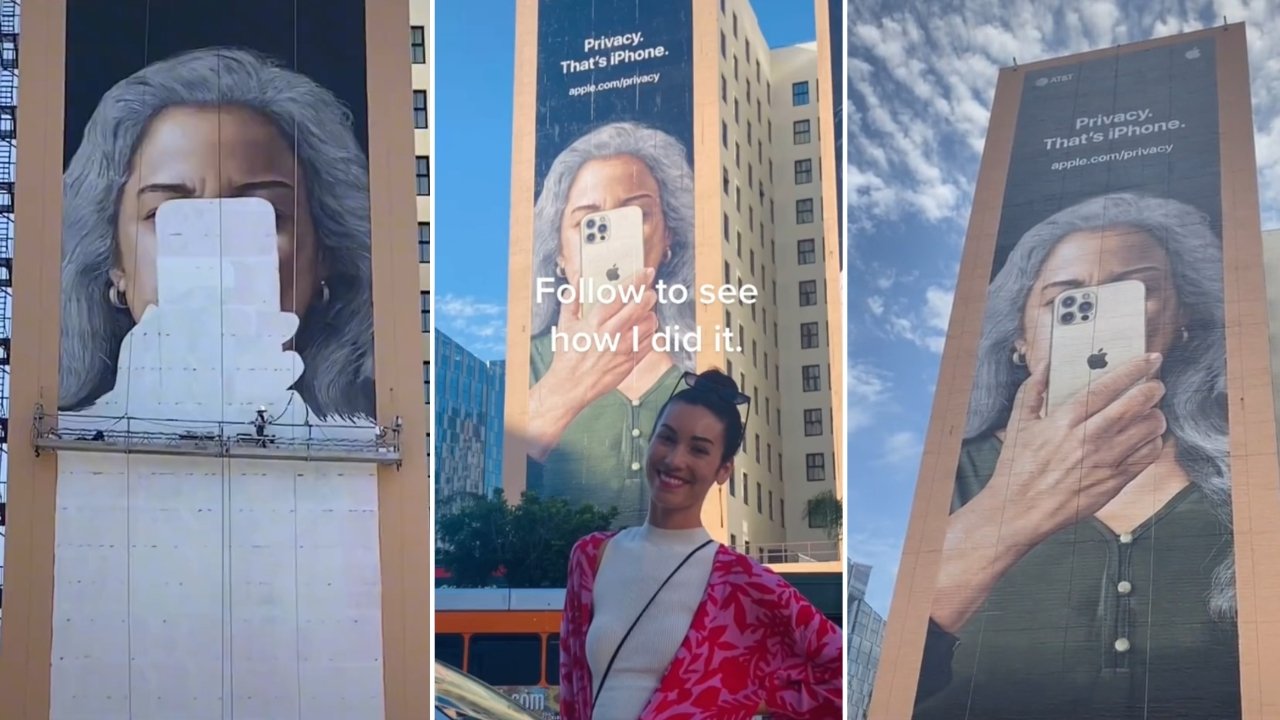 An Apple artist has shared how she and colleagues hand-paint the giant building-sized “Privacy” iPhone ads — plus how involved the process is, and how she got to do it.

Hailey Badovinac is an artist who paints large murals. She is one of many artists hired to paint Apple’s building-sized ads about privacy on iPhone.

Badovinac shares her art on Instagram and TikTok, and in recent posts she’s shown off her work on Apple’s 125-foot murals. She says that the mural she worked on took a week of work across four artists to complete.

Apple has always been known for its larger-than-life advertising, but seeing some of the behind-the-scenes work adds a new perspective to them. Rather than pasting some large poster to a building, each ad is hand-painted.

The “Privacy. That’s Apple” advertising campaign has always drawn some level of controversy, but especially recently with its move to CSAM detection on-device. Whatever the technology in use, the conversation surrounding it has changed people’s perspective of Apple.

Apple fought hard for people to perceive it as the private and secure choice among smartphones. However, the fumbled communication surrounding CSAM detection has left it with a black eye, one the 125-foot murals likely won’t cover up, even if the feature is delayed.