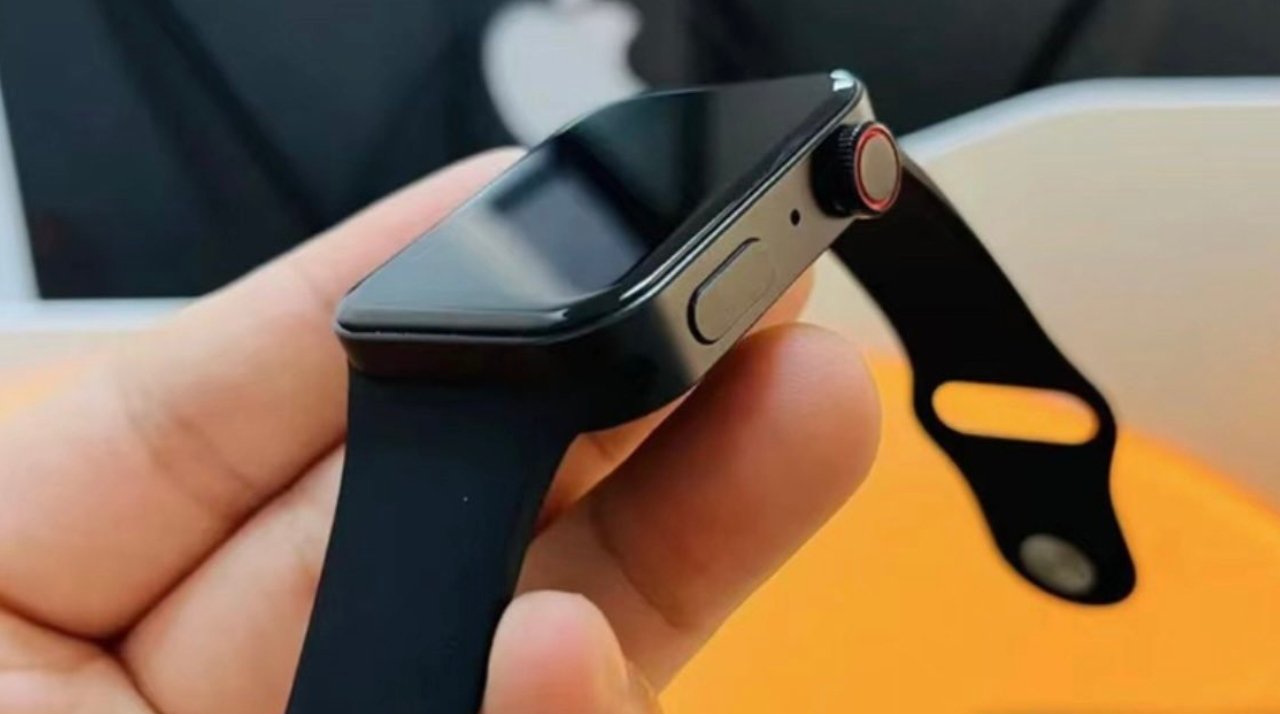 Images of what appear to be counterfeit “Apple Watch Series 7” devices show what Apple’s expected redesign may look like.

Ahead of Apple’s anticipated launch of the “Apple Watch Series 7,” customers in mainland China are reportedly able to buy counterfeits made to mimic the new design. Apple has not confirmed that any redesign is coming, but these fakes match the details in the many reported leaks.

Shown by Twitter user, and regular leak reporter, Majin Bu, the series of images show different colors and materials. Bu says the fakes are expected to sell for $60 in China.

Majin Bu most recently posted images found on Chinese social media of what is claimed to be a genuine Apple-designed Apple Watch band. Again fitting with previous reports, the band is shown marked as being for a 41mm Watch.