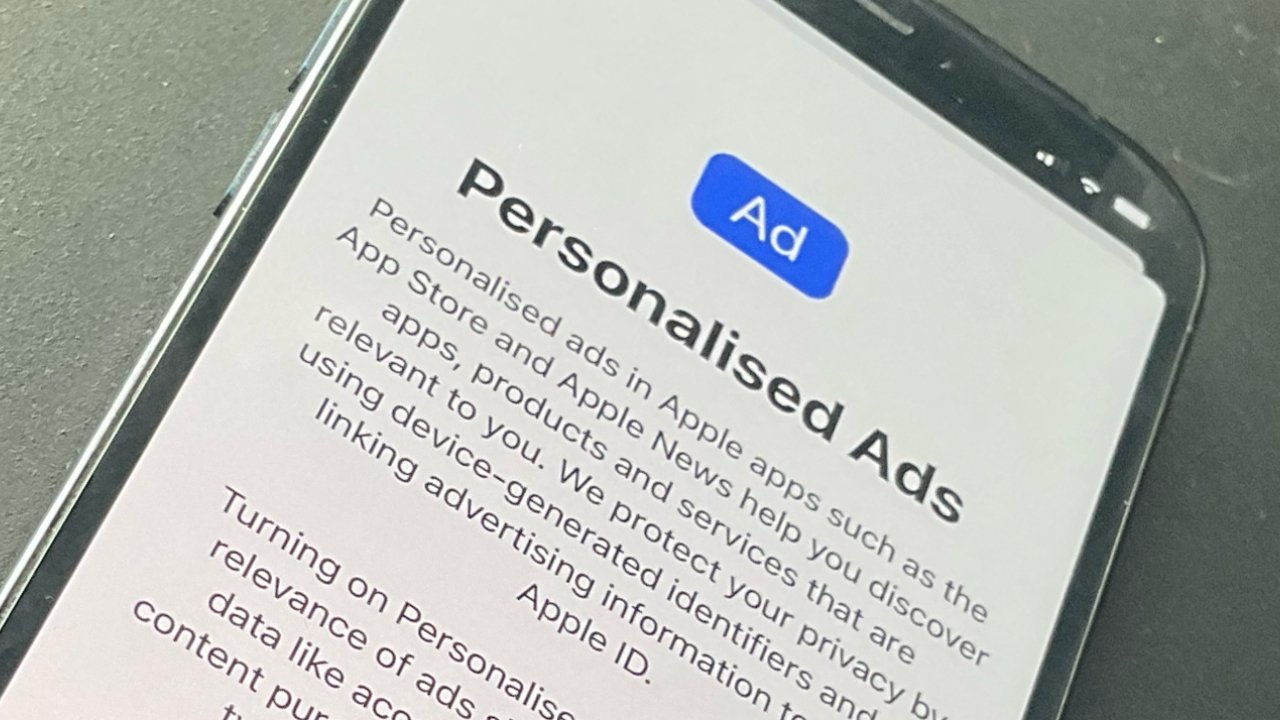 Apple has launched a new pop-up in iOS 15 to allow users to turn on or off personalized ads within the App Store and other Apple apps.

The pop up seems to be completely server side, rather than built into the beta release. It did not show devices as they were updated on the day the new iOS 15 beta was released. AppleInsider can confirm it currently does not happen on iOS 14.

Although the pop up appears to be only launched on opening the App Store app, it covers more than that. The pop up gives a user the choice of whether or not they would like Personalized Ads on at least several Apple apps.

As well as the App Store, other apps Apple may include are Apple News, iTunes, Stocks, plus any other app that could help make your ads more personalized.

“Personalized ads in Apple apps such as the App Store and Apple News help you discover apps, products, and services that are relevant to you,” says the pop up. “We protect your privacy by using device-generated identifiers and not linking advertising information to your Apple ID.”

“Turning on Personalized Ads increases the relevance of ads shown by letting us use data like account information, app, and content purchases, and where available, the types of News stories you read,” it continues. “Apple does not track you or share your personal information with any third parties.”

This new pop up comes after Apple starts to push more privacy features for iOS 15 and other Apple operating systems. Apple seems to hold it to those same standards.

In the past, Apple stated privacy is a fundamental human right. The company has brought more privacy features, starting with iOS 14 in September 2020. Features include but aren’t limited to App Store privacy “nutrition labels,” App Tracking Transparency pop-ups, and, in iOS 15, iCloud Private Relay.